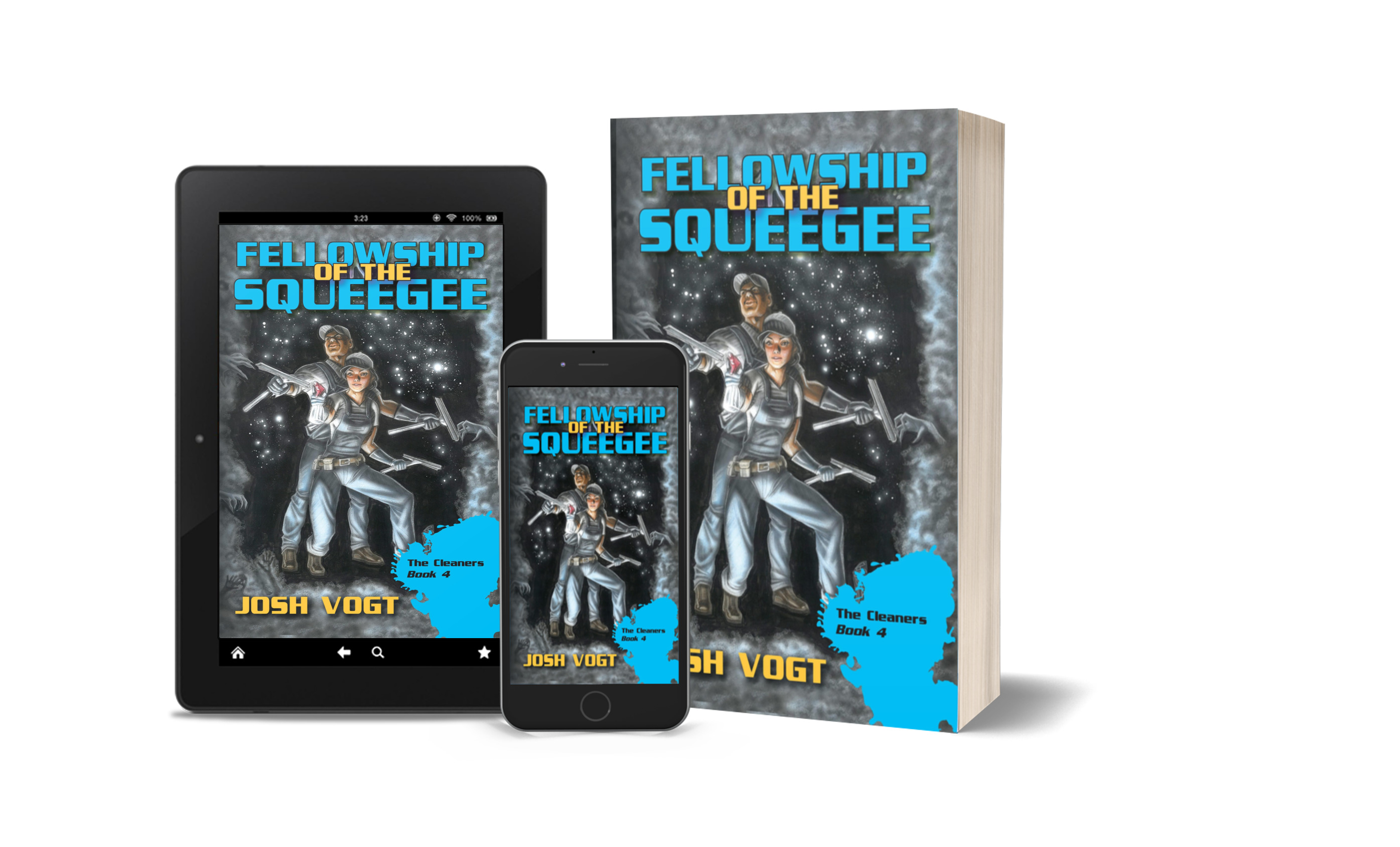 At long last, book 4 of The Cleaners, Fellowship of the Squeegee, is launching! Right now, the ebook is available for pre-order, and the paperback will be live on September 30th.

(For some weird reason, KDP doesn’t allow paperback pre-orders, but please do snag an electronic version for your Kindle)

You can see the amazing cover art, and here’s the plot description:

For any curious souls, I have two more entries planned to wrap up the series, and I hope each one will be coming out in 2020 and 2021 respectively, if all goes well. It’s been fantastic to see this story through, and I hope everyone is enjoying the adventure as much as I have.

Want to be a Beta Reader?

On another topic, I am planning to release several (initially) standalone novels from Story Strong Press over the next year. And I’m looking for some beta readers to help me get some objective feedback on the stories before they go into final editing.

Want to be in on the fun? All beta readers will receive a signed copy of the finished book and my undying thanks, plus a mention in the Acknowledgements.

Here are the options:

Interested in any or all three? I’m hoping to get feedback done over the next month and jump into final production afterward. Drop me a line!

Author. Editor. Freelancer. Made out of meat.More about Josh Vogt...
If you’re looking for a fun, fast-paced adventure, give Enter the Janitor a read.~A Fantastical Librarian