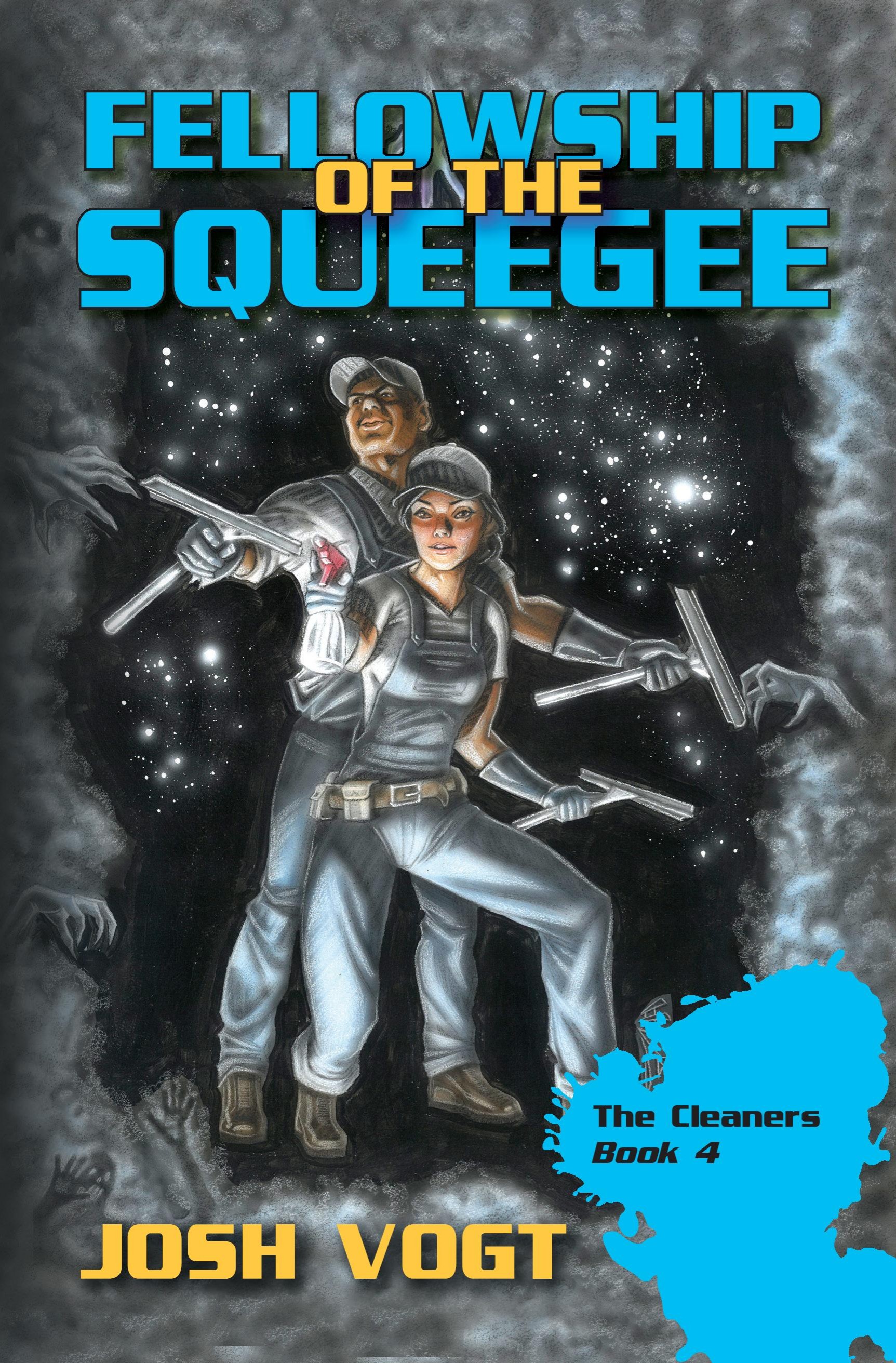 Happy Book Birthday to Me!

Book 4 of The Cleaners is out today! Fellowship of the Squeegee finally makes its debut on the world reading stage. Both the ebook and paperback are available, for anyone who didn’t have a preorder in place.

For current fans of the series, thanks for your patience. Been a whirlwind of a year, with a new family, new homes, new jobs, and new work challenges. Not to mention starting my official indie imprint, Story Strong Press, which now holds the whole Cleaners series under its auspice.

For folks new to the series, welcome! I hope you get some great laughs and thrills out of it. Here’s the plot synopsis for the latest entry in the madcap adventures of our favorite magical janitors, maids, and plumbers:

Odd things are afoot in the Cleaners, which, for a company that regularly mops up magical messes involving garbage gremlins and dust demons, is saying something. Ben’s powers have inexplicably returned, stronger than ever, but he’s now plagued with an unquenchable thirst–fortunately just for water, not blood.

The instant they embark, however, Cleaners HQ comes under attack, leaving Ben and Lucy stranded in enemy territory. Defying direct orders from the Chairman, Dani mounts a rescue, conscripting four elderly window-washers who have unprecedented access to the mysterious glassways the company uses for magical transportation and surveillance.
As the team races to recover their imperiled peers, their every step closer enacts a deadly toll. And despite Ben and Lucy confronting living pockets of gas and fecal fiends, the greatest danger may lie in the revelations they unearth in the bowels of the Sewers.

That, or the general lack of water fountains

If you’ve read any of the previous entries in the series, Enter the Janitor, The Maids of Wrath, and The Dustpan Cometh, I’ll always appreciate if you leave a review! It’s the perfect way to celebrate a new book coming out.

I’ll also be updating my 2020 convention schedule soon, as I’m prepping to get back into that scene, so hopefully I can see some of you all in person again (or for the first time!) and sign a few copies.

Thanks again for joining me on this writing adventure!