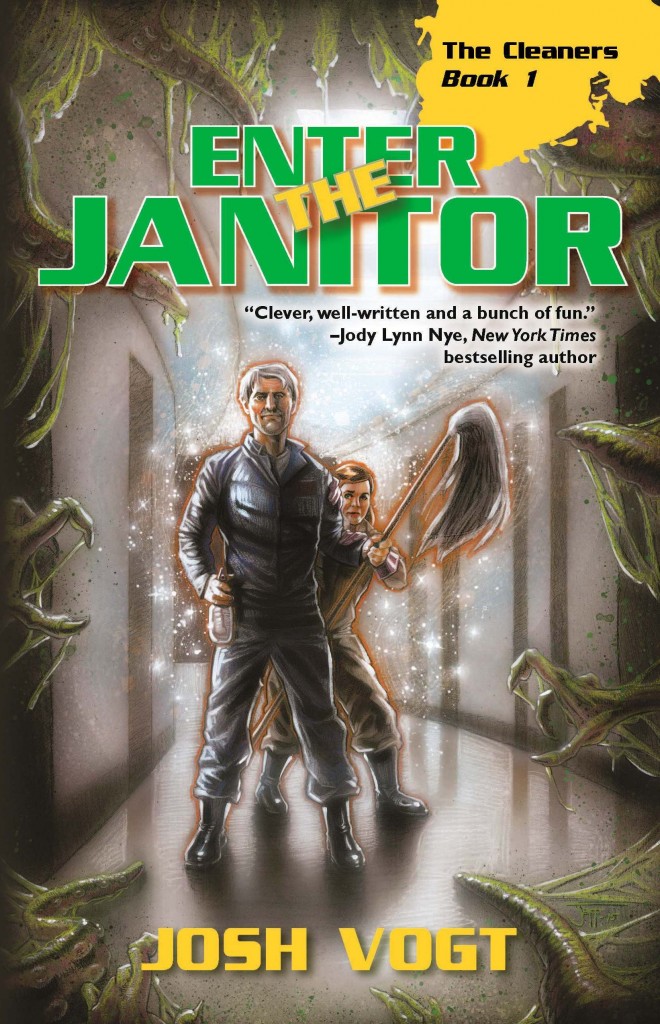 Clean-freak college student Dani Hashelheim never imagined she’d discover her latent magical ability in, of all places, a bathroom. But when she ducks into the ladies’ room at the library, she’s put in the crossfire between an elderly janitor and a ravenous muck-monster that emerges from the sink. Dani’s previously unknown power manifests in self-defense, and she floods and burns down the library—at the same time.

Enter Ben, the janitor, who works for the Cleaners, a supernatural sanitation company that keeps reality tidy and safe…and a company Dani now works for as well, whether she wants to or not. This puts a significant crimp in her dream to attend med school and become a doctor. Nor is Ben happy, since it’s his duty to help Dani adapt to the job and learn to control her chaotic talent before it kills them both.

Dani barely has time to try on her new company uniform before she and Ben are hunted down by a cult that wants to cleanse all life from the planet, and believes her power provides the means to do so. While fighting to survive the cult’s increasingly violent recruitment attempts, the pair must battle dust devils, navigate a maze of mystical sewers, face down trash golems—and scrub the occasional toilet.