Fellowship of the Squeegee 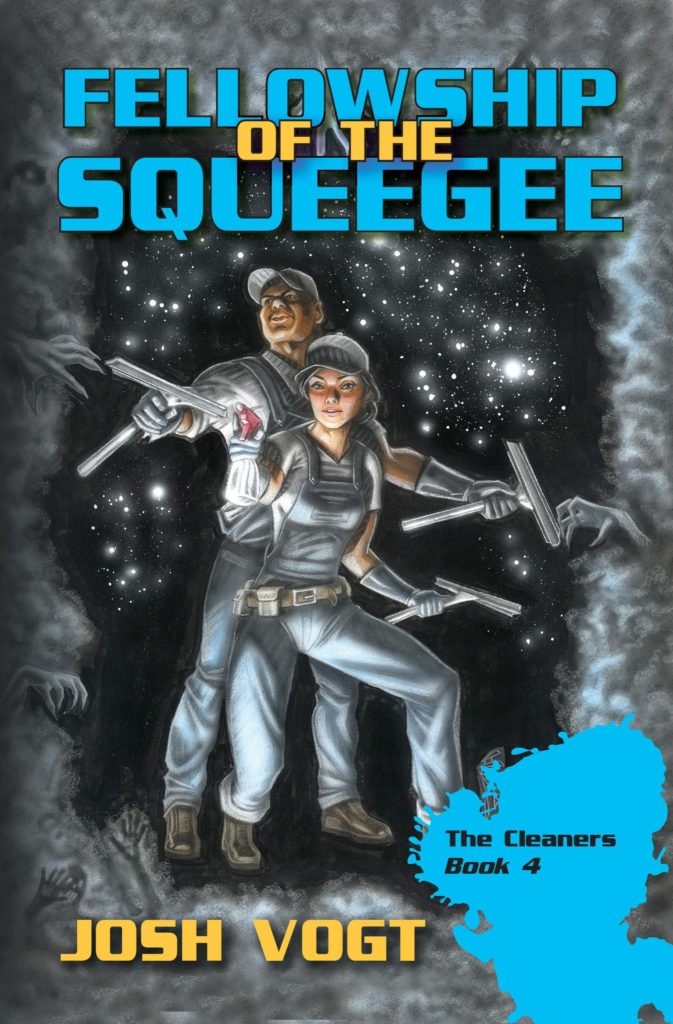 Author. Editor. Freelancer. Made out of meat.More about Josh Vogt...
It’s always a good sign when I close a book with a giggle. Enter the Janitor by Josh Vogt is a humorous contemporary fantasy that goes places and meets creatures you won’t expect and haven’t seen before. His protagonists are definitely not your standard fantasy heroes, nor their cause the usual fight between Good and Evil. Just when you think you’ve figured out the world, it twists again, landing you in a new place with new perils. Clever, well-written and a bunch of fun.~Jody Lynn Nye, bestselling fantasy and science fiction author