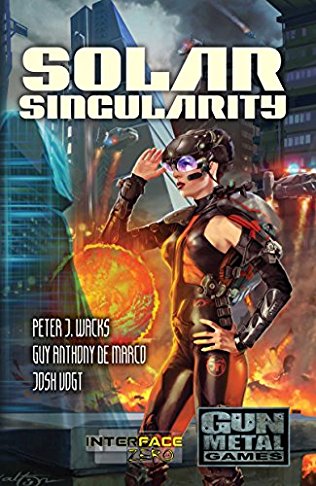 Dubbed Interface Zero by those who created it, the Tendril Access Processor—or TAP—downloads the Global DataNet and Hyper Reality directly into the minds of billions of users across the solar system, bringing the world an unparalleled level of interconnectivity, and danger. Malware plagues the Deep, and hackers manipulate the Tendril Access Processor to upload malicious viruses, to steal secrets, and even the identities of the unwary. And that is only the beginning.

In 2088, a massive solar flare disrupts Earth's satellite network, leaving the world in chaos as all TAPs malfunction simultaneously. Hyper Reality overlays are indistinguishable from the physical world, and global riots make the whole world a war zone. Amidst this madness, two AIs go to war, using humanity as their pawns.