My Dad Just Turned 60 – A Restrospective 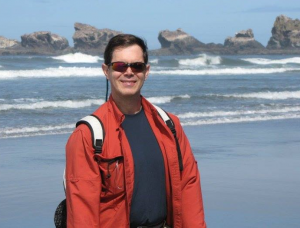 My dad is a good man, and one I am immensely grateful to have as a father. He recently hit his sixth decade of life, is going strong, and should have many more ahead of him (if my 98-year-old grandmother on his side is any indication). I’m lucky enough to not only have as a father, but as a friend.

Up until my college years, he was in the Air Force as a family practice doctor (a career he switched to after getting a degree in astronautical engineering…a degree that now hangs on his office wall and confuses a lot of his patients). Since then, he’s retired from the military and started his own (incredibly successful) family practice. But while the context has changed, I’ve seen a lot of the same elements surrounding him and how he interacts with others. His peers respect his opinion and his work. His patients feel that he truly cares for them. He’s also invested in the people who work for him, taking the time to know what’s going on in their lives and trying to find ways to encourage and support them beyond just the office. 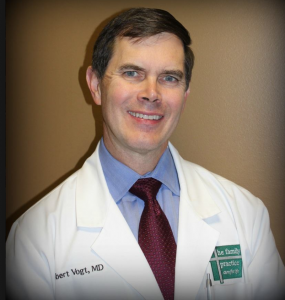 He’s the sort of man who understands the strength it takes to actually express how he feels–rather than pretending emotions are “for wimps,” or the usual male stereotype blather. For him, love isn’t a weakness, but something worth fighting for, year after year. He’s there for his friends when they need. He’s there for our family, when we need. He listens. He helps. And, of course, he has plenty of excellent advice to offer–though he won’t force it on you. He just lays out his thoughts and lets you choose what to do with it. He’s also a man of faith who has inspired my own. In fact, his relationship with God is so intertwined with the rest of his life, there’s really no separating it. In fact, it’s part of why he became a doctor in the first place. Part of why he married my mom. Ask him for the stories, if you ever get the chance. Is he perfect? Of course not. Nobody is. But he’ll also be the first to freely admit that, and the first to look for ways to learn from his mistakes and find ways to do better. 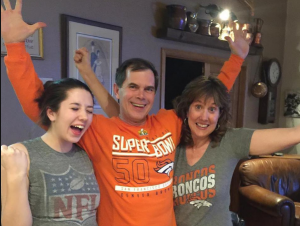 …the many camping and fishing trips over the years, learning how to not die in the great outdoors thanks to his Eagle Scout skills.

…him and my mother joining me for a missions trip to Israel, working together and seeing some amazing sites while there.

…those first hunting trips. Sitting on a hillside overlooking a valley in the pouring rain as dusk set, while watching a cougar slink along after a herd of mule deer.

…his attending my many wrestling meets throughout high school, cheering me on and getting up obscenely early to help with weekend tournaments.

…watching him raise my youngest sister (she’s 16! How did that happen?), welcome my two brothers-in-law to the family, and become a grandfather to my two nieces.

…driving halfway across the country in a U-Haul with him, from Denver to Seattle, and then moving into my new apartment here.

…enjoying his surprise when I came home to Colorado for his 60th birthday (with my mom’s help, of course).

There’s plenty more where that come from, obviously. This is just a glimpse of my dad, someone who I’m proud to be the son of and who has stood as a role model for what it means to keep fighting for what you believe is good and right. Some day, if I ever do become a father of my own, my hope is that I can come anywhere close to being like the one he’s been to me.

Published in inspiration and news

Author. Editor. Freelancer. Made out of meat.More about Josh Vogt...
If you have read a lot of urban fantasy, love it, but want to find something totally innovative, check out this series. Supernatural sanitation workers! That says it all.~Beth Cato, author of The Clockwork Dagger series