Necro-Tourism: Morbid meanderings or a deeper connection with the past? 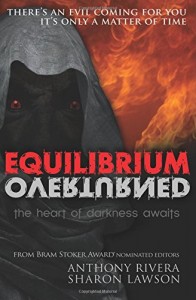 In “The Queen of Thermodynamic Equilibrium,” my short story in the Grey Matter Press anthology, Equilibrium Overturned, two of the main characters get accused of being necro-tourists. They’re part of a space-bound tour group visiting an old warship wreck…but unlike the rest of the visitors, their purpose in surveying the remains of an ancient battlefield is a bit more disturbing. Here’s a sneak peek of the story itself, and you can nab the anthology to read the whole thing!

The thing is, I didn’t make necro-tourism up. It’s actually a traveling trend that’s been around for centuries!

As the name suggests, necro-tourism is visiting sites associated with death in some way or another. This can include mass graves, graveyards, tombs, catacombs, sites of ancient battles, assassination or suicide sites, churches, and the like. It’s also known as gothic tourism, dark tourism, or thanatourism. Here are a few of the more globally popular destinations (I’ll leave you to research them further, should you so desire): 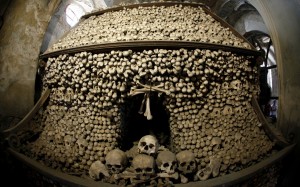 Some people think of visiting specific sites with death in mind as a bit…well…morbid. When you do so, you’re staring mortality in its skull face and recognizing that, sooner or later, you’re going to follow everyone else to the grave, just like the people who once lived or died or are interred where you’re standing. This can provoke a hefty sense of horror, stirring up deep-seated fears and worries about the one certainty we all have in life. Why subject yourself to this sort of uncomfortable experience?

There’s another side to necro-tourism, though, versus just being drawn to a place of death for death’s sake. In fact, you may have been a necro-tourist yourself without even realizing it. Have you ever…

I think you get the point. Recognize that necro-tourism can be an opportunity to reflect on the past (rather than be obsessed by it) and those who have come before. It’s a chance to break away from the sanitized modern life and admit the grim truth we try to ignore as much as possible. Some people even seek out these sites specifically to try and work through their own grief at specific losses or confront their fears rather than be ruled by them. We are given an opportunity to remember those who lost their lives in great tragedies, who sacrificed during times of war, or who overcame immense challenges and live on in spirit as an inspiration.

Whatever reason you might have for searching out and touring sites associated with death, let me make this one suggestion: Go with intentionality. Don’t go just to gawk. Don’t go just for the spectacle or to give yourself a quick shiver, as if you were traipsing through your neighborhood haunted house. Learn. Take notes. Remember. Ask who these people were who died there. Why did they die? Why did they live? What did their beliefs and actions matter in the long run?

And what can their memory mean to you while you’re still lucky enough to remain among the living?

Interested in learning more about necro-tourism? Check out these resources: