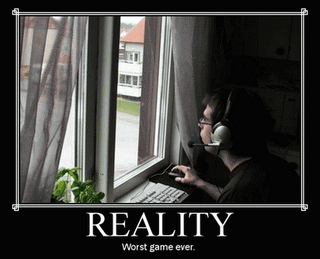 I’ve always been an enormous gamer, often to the detriment of things such as my grades in college, my health, relationships with loved ones, and progress in my writing endeavors. I’ve played mostly on PC, and so have run the gamut of RPGs, MMOs, FPSs, and everything in between. Listing all the games I’ve played would make this post way too long, so basically figure if you can think of most major titles (especially scifi/fantasy types), I’ve played it at some point. League of Legends was always one of my favorites and one of my gaming friends even encouraged me to buy a LoL PBE account. Video games can be a lot of fun, but it is so important to find a balance between gaming and the rest of your life!

Yes, I am a gaming addict. Totally admit it! To the point that I’ve sporadically taken a year or two off from gaming altogether in order to reset my priorities and regain a level of sanity. However, I eventually come back because of one intriguing offering or another, figuring I’ll do better this time around.

Over the years, though, I have learned a few tricks that actually help me keep a pretty good balance when I find gaming edging into more important (aka real life) things. I know a lot of my fellow writers also game, and are probably much better at staying focused on their work; but I thought I’d share a couple things that might help if you ever struggle with putting writing first over the lure of leveling up your rogue or hunting down the next best bit of +1 armor:

RPGs – Games with incredibly massive stories, engaging characters, and awesome worldbuilding are actually the worst for me, because I want to keep playing just to advance the story. Things like Mass Effect, Dragon Age, Bioshock, The Elder Scrolls, and so on, suck me in less because of the run-n-gun (or run-n-spell) elements and more because I just love exploring every corner and the relationships characters develop.

Solution? I eventually ruin the story for myself. I find the game’s Wiki pages, and all the spoiler articles and blogs I can and read everything until I know exactly what happens with every character, plotline, hidden Easter eggs, and so on. Then there’s no need to keep going in-game, and I find it less compelling.

FPSs – Shooters aren’t always my favorite, but they can be fun to blow off some steam (Planetside 2, anyone?). Of course, these games are also highly competitive, and sometimes I can get in that mode of “Must become good enough to headshot everyone I see instantaneously!”

Solution? Make the game too frustrating for myself, get to the point where I often quite the game because I’m just so fed up. Then, once I’m out, it’s easier to realize it just isn’t worth the investment, and that things like writing, working out, or learning new things in real life are more worthwhile in the long run.

MMOs – From Everquest to WoW to Star Wars to Guild Wars 1 & 2 and beyond, these may be the worst of all. They excel in drip-feeding you validation and accomplishments, drawing you in to PVP competition…and then there’s the social aspect where, if you join a guild, you feel almost indebted to play because otherwise you might be letting down your online “friends.”

Solution? I stop socializing and play the MMO alone. Maybe fun for a while, but then the grind gets to me, and I realize how bored I’ve become and wonder why I’m paying a subscription to be bored when I could do that for free. For F2P MMOs, it’s actually the developers who help with their constant updates, patches, and expansions. I realize I’m *never* going to “win” the game, never going to reach the end, and even if I do reach top levels and gear, eventually a new release will negate all the work (yes, work, not play) that I’ve done.

Other strategies I’ve employed include only working on a low-end computer that are actually incapable of playing any games, getting myself banned from games, and enabling cheats to the point where it’s not even a fun challenge anymore.

Okay, folks. What addictions out there have hampered your writing at times? How do you combat it? Any fellow gamers have their own solutions?

Now, instead of getting lost in a digital world for a while, I’m gonna go finish building my own, and then write an awesome story there.

Published in books, inspiration and writing