Thoughts on submitting a novel to my editor

I’m in a particular limbo that I’ve never experienced before as a writer. Now, writing in itself is full of limbos. Full of waiting and anticipation. Often, it feels like time is stretching as slow as frozen taffy until it finally snaps and then everything hits you at once.

Yet this is a new anticipation. For the first time, I’ve turned in a draft for a contracted novel to the acquiring editor. It’s actually been just over two weeks since I turned my novel in, and I’ve no exact idea when it’ll be returned–no doubt battered and bleeding and needing some intensive care. Yet I’m just now getting an idea of how this is ever so subtly different than past submissions.

Over the years, submitting novels to agents and editors and racking up hundreds of rejections has taken an edge off the process. You almost come to expect the rejection, so you’re pleasantly surprised or shocked when an acceptance does come back down the line.

But this submission has a higher tension to it. There’s a greater sense of expectancy–at least, on my end. Of course, I wouldn’t have turned the draft in if I didn’t believe I’d done all that I could with it up to this point. I really love this story and am daring to get my hopes up for its future. I never want to set sloppy work on an editor’s desk, and this was a novel I had an amazingly fun time writing.

At the same time, as soon as I sent it off, part of my mind slunk off into the Cave of Worry that I’m sure many other writers are familiar with. “What if I overlooked some terrible error? What if the editor ends up hating what I’ve written? What if it’s unsalvageable and I’m just fooling myself? What if…”

Then I pop placebo pills (aka mints and/or jellybeans) until I work off all the nervous energy and return to a semblance of normalcy. The reality is I won’t get an answer until my editor sends his feedback and comments. Until then, it’s out of my hands and worrying just wastes energy. I remind myself that it’s better to put that energy into ongoing projects and productive “distractions.” I remind myself that if there’s any big issue, I’ll be able to handle it and make the novel stronger than ever.

Then I get back to work. 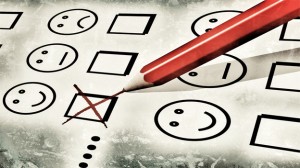