Never Have, Never Will Interview with Rebecca Roland

Rebecca Roland is our interview guest author today, so give her a warm welcome! Here, she talks about unicorns, overthrowing governments, and trying to make people cry. Let’s jump in, shall we?

My first novel length work was a YA science fiction/romance story about a teenage girl whose father was an alien and whose mother was a waitress. Hmm, that actually doesn’t sound half-bad written out that way. At any rate, it was my first attempt at long fiction, and the writing itself is Not That Good. And also, I had recently binge-watched the short-lived TV series Roswell, and I think the story reflected that a little too much. 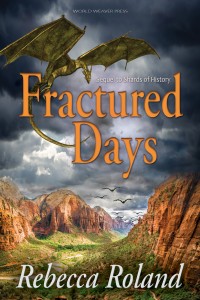 I started a fantasy novel about gods and religion, and class and slavery, and friendship and family, and politics, but I was not at the level I needed to be in order to tackle something so big. So I put it aside, but sometimes the characters and images still pop into my mind. One of these days I’ll have the writing chops to do the story justice.

In general, as my writing improves I think of ways I could improve older, published stories, but there’s not a particular character or plot point that bugs me enough that I would really want to change it.

One of the characters in my novel Fractured Days is a misogynistic, elitist jerk. He rides a dragon and wields a crossbow and a short axe, and he’s not afraid to use any of them on anyone who disagrees with him.

I wrote a short story about a woman who works in the waste management department of a large facility that orbits Mars, and she has a horrible boss. But the job was her only ticket off Earth, away from a poor economic climate, and the only chance at an education and adventure. I was going for one of the worst jobs I could think of, and working around human waste is at the top of that list. Waste management is one of the most essential jobs around, and yet, nobody is beating down doors to do it.

6. Is there a piece of writing advice you’ve never followed?

I used to follow the ‘write every day’ advice. I was afraid that if I took some time off from writing, I would never get back to it. But life has intervened in the form of illnesses, pregnancy (with 24 hour nausea, ugh), caring for a newborn, overwhelmingly fatiguing days at work, etc. I realized that even if I had days where I couldn’t sit down to write, I could still daydream about my stories and characters and jot down ideas, so when I did have a chance to get back to it, I could do so with minimal fuss. Sometimes you need a break to take care of life, and that’s okay.

7. What is an aspect of the writing craft you’ve never had a problem with (and why)?

I’ve never had much of a problem with plot. In fact, when I first started writing, my characters were more like puppets who were there to advance the plot. However, I love stories where the characters are well rounded and drive the action, so I’ve worked over the years to make interesting characters and then give them challenges.

8. What’s the one book out there you wish you’d written (but of course won’t, because it’s already written, and writing it again would be plagiarism, and that’s just mean)?

Lois McMaster Bujold is one of my favorite writers, and one of my favorite books by her is Mirror Dance, which is sort of in the middle of the Vorkosigan series. The book deals heavily with identity, and also with family and honor. Sometimes the main character in a series becomes stagnant and doesn’t change much, but Miles Vorkosigan is constantly changing, and what he faces in this novel is a huge challenge for him. I wish I could write characters as well as Bujold does, and this novel, in my opinion, is one of her best from a character study viewpoint.

9. What aspect of writing will you never stop working to improve in?

I love stories that make a huge emotional impact, and so I strive to write the same way. I feel like I’m always pushing myself to be more vulnerable in my writing, which is scary, but I think it’s also the best way to achieve more emotional resonance with the reader. My goal is to write a story that makes the majority of people tear up, or gasp, or make their hearts race. I want to take readers on an emotional roller coaster ride.

10. What’s one part of the publishing industry/process you wish you could do without?

All the waiting! The publishing industry moves at the speed of sludge. Of course, I’m thinking of the major publishers. I work with a small press, which moves at a brisk pace, and I’ve published three books on my own, which was so fast that I gave myself whiplash. But I would like to publish with the bigger publishers, too, and I absolutely do not look forward to how slow the process will be. I’m not a very patient person.

11. What’s the one thing you would never do to shamelessly promote your current/upcoming release?

I would never ride a unicorn through town while carrying a banner bearing the cover art for my novel. No, wait, that’s what I would do. Anybody have a unicorn I could borrow?

12. What’s a question you’ve always wanted to answer, but have never been asked?

What kind of research are you doing for the novel you’re working on right now? 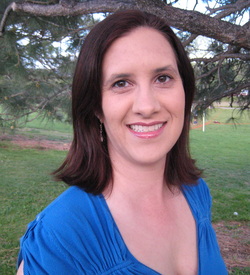 Rebecca Roland is the author of the Shards of History series, The Necromancer’s Inheritance series, and The King of Ash and Bones, and Other Stories. Her short fiction has appeared in publications such as Nature, Fantastic Stories of the Imagination, Stupefying Stories, Plasma Frequency, and Every Day Fiction, and she is a graduate of the Odyssey Writing Workshop. You can find out more about her and her work at rebeccaroland.net or follow her on Twitter at @rebecca_roland.